A neon sign is seen on Music Row store in downtown Nashville, Tennessee .

Last week I had to shoot medical training at the Vanderbilt University hospital. This was the second time in two years that I was able to travel to Nashville, Tennessee, the first was on assignment for AAA and we were allowed free access to the newly created Johnny Cash Museum, and boy was that fun! Cash is an Idol of mine and the images and video I was able to capture on that day was a once in a lifetime experience, the memory will stay with me always. Unfortunately,on this latest pass through, the only opportunity I had to film Music Row was a few hours on Friday night as we went out to dinner in preparation for our 5 a.m. call time the next morning.

I left the big cameras (Canon 1DX) in the hotel room and only took the Fuji XT1 for this sunset street session. The Fuji is a very compact camera and I had an 18 to 55 lens attached with a 32 GB card inserted, Velvia setup for the bright colors. The streets were crowded and the neon lights were lit up brilliantly as I walked from bar to bar, dodging in and around drunk tourists and clickety clacking cowboys..all whilst trying not to get run over by passing cars and pedaling bicycle bars on wheels…

An Elvis impersonator performs in a bar on Music Row in downtown Nashville, Tennessee. This dude was AWESOME!

I tried my best to capture the essence and flavor of the street without drawing any unwanted attention to myself! Some of the bands I heard were phenomenal with their twangy pulse, others could barely keep a beat and sounded like cats trying to claw their way out of an old Volkswagen bus.

A band is seen through a window as they perform in a bar on Music Row in downtown Nashville, Tennessee. There are dozens of these performers that play all day from sunup to sundown.

The neon signs were mesmerizing and uniquely crafted and I decided to try to push the limits of the camera as I struggled to learn its menu and buttons. Its compact size allowed me to be free to capture many unposed moments and I admit, though short, my time as a street photographer was fun.

I was lucky enough to chat with the Elvis impersonator and a woman playing for tips on the street, as well as a BBQ food server and a police officer. On our final night, we snagged a few nosebleed tickets to the Ryman Theater at the Grand Ole Opry, and heard country legend Ronnie Milsap perform on the piano. Dude has some serious skills…..

I could spend a week on Music Row and capture thousands of Raw images if I had the time… perhaps I will return here before this Christmas and collect a few different looks and maybe take in a hockey game or tour the Country Music Hall of Fame. Either way, I know this wasnt my last adventure here!

Please feel free to click through and purchase a few images for yourself or your friends if you like.
Check back often as I will continually update this page.
More images can be found at AlexMenendez.Photoshelter.com 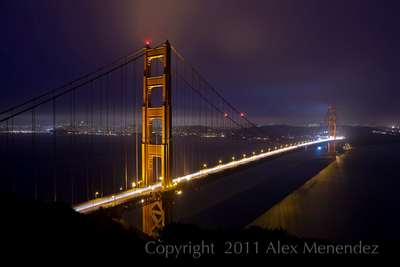 There is a song by the band “TRAIN” called Save Me San Francisco that I have been listening to an awful lot lately, and it seems quite fitting because I have visited that city a few times in the past months. I am absolutely in LOVE with that town now…not sure if its the water, buildings, atmosphere, mountains, the cool weather or just the people, but I can’t seem to get enough…..but i digress!

When I had the opportunity to break away from my video work this past week, I scampered back up to the Marin Headlands to try and shoot the Golden Gate bridge and the city once again….unfortunately, the sun had already sunk beneath the clouds and the wind was kicking at about 50 mph..no lie! I figured, something has to eventually come of this and waiting until the sun was gone….as luck would have it, the fog started to fill in and the lights reflected some pretty cool things….
This was shot in the pure dark, only illumination is from the boats and the bridge lights…
I will post more when I get the chance.
Also posted in advertising agency, Alex Menendez, California, fog, Golden Gate Bridge, photographer, photography, professional, San Francisco, weather, work | Comments Off on San Francisco 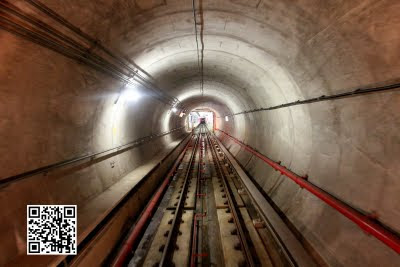 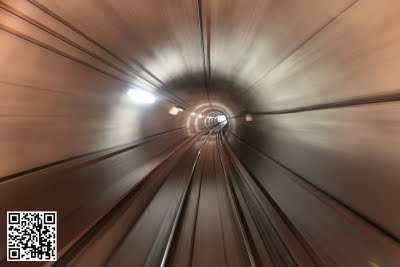 So I just returned from a trip where I filmed for 3 days. I only have 25 more shoot days left in the schedule for a job that I can not openly discuss…..these are the times we live in.

Check back in a year and I will show you both the videos and the stills…..!
I know this is not what most write in their blog to drum up business and keep their “peeps” in the loop, but this is all I can offer at this point. Sorry
Please log back on here in a week. I will update for sure.
Also posted in Alex Menendez, blur, Non Disclosure | Comments Off on Non Disclosure