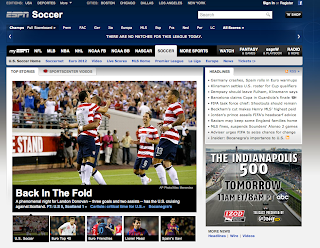 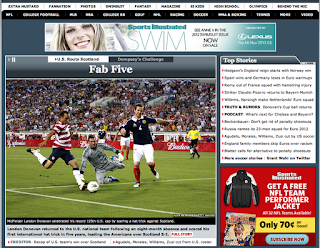 I am a HUGE soccer fan and even played goalkeeper in high school. The sport is no doubt one of the hardest games to try to photograph, and I have been extremely lucky to have had access over the years to film some of the best teams in the world. Last night was another example when the Scotland international team visited Jacksonville, Florida to take on the US mens team. This was the largest crowd ever to witness a soccer match in the State of Florida with over 44,000 in attendance, almost more than the NFL Jaguars get in their own stadium….

No doubt, Landon Donovan is the best player the U.S. has ever had on its team, and boy did he show up last night, he scored a hat trick (3 goals) as well as 1 assist in the 5-1 trouncing of the “Tartan Army”, and the crowd really let him have it after the game with a rowdy standing ovation that seemed like it was fit for a king……he deserved every clap and chant he heard….
I met some really cool people and need to thank photographer Gray Quetti for his Southern hospitality once again, he saved me a seat in the photo work room, hooked me up with a computer lock and even told me how to get to the top of the stadium for the massive view of the crowd!    I will be editing these images later today before the tropical storm rolls in…….
But……..I really have to say I was blown away before leaving the stadium when I checked online to read the story of the game…….I was very blessed to have the lead images on both ESPN and Sports Illustrated….at the same time, just after the victory……..(funny though, SI credited me as Alan Menendez/Getty Images?)!
Never in a million years, NO, make that a trillion years,  did I think something like this would occur, EVAH, its funny what happens when you put your head down and just do your job isn’t it? 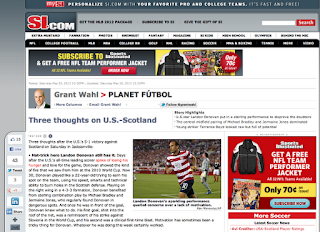 anywho…..Have a safe Memorial Day ya’ll, and thanks for reading. Up Next- The Boxing Hall of Fame ceremony in Canasota, New York…….fun times ahead!