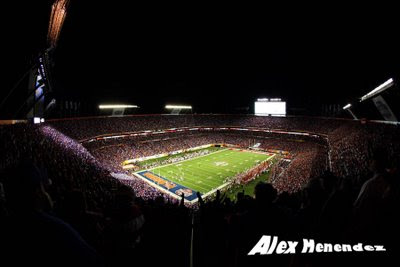 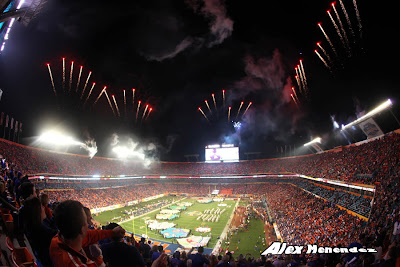 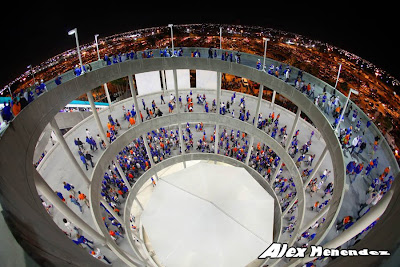 My wife Tara and I went to the BCS Championship game between the Florida Gators and the number one ranked Oklahoma Sooners in Miami last week. I had previously shot the Gators winning the National Championship in Arizona against the Ohio State Buckeyes and promised her that when the Gators were in the Big Game again, we would go. Here it is 2 years later and it was time for me to step up to the plate. We were denied media credentials by the Orange Bowl committee, (whatever???), so we went the StubHub route this game and brought the brand new Canon 5dMKII  21 megapixel camera with HD 1080p video capabilities, you can see the test footage of the game here : http://www.vimeo.com/2814383 .

The Gators won, lead by last years Heisman winner Tim Tebow. Lets see what happens next year as he decided to pass on the NFL this year and will return to Gainesville for another whopping NCAA football season.
Also posted in Florida Gators, NCAA, Oklahoma Sooners, Tim Tebow | Comments Off on Gators win BCS