Altas V Launch with my sons 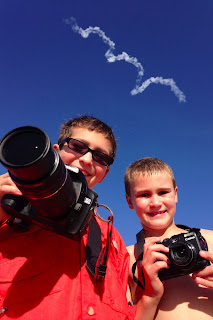 I missed the remote control camera setup on Tuesday
for the Atlas V rocket launch, but couldn’t get the thought of missing this opportunity to film at Cape Canaveral out of my mind. When a rocket blasts off and you are within sight and close enough to taste the smoke, there is no better feeling. To describe it would not do it justice…..AWESOMENESS exploded!!!!

So I decided that with perfect blue skies, I would go for the 5:38 launch on Wednesday.

Keeping in mind that both of my sons have a science fair at school this Monday, and both of them are featuring rockets and launchers….I decided to pluck them from school, grab our swimming trunks and 4 Canon cameras…..and off we were…they were thrilled! 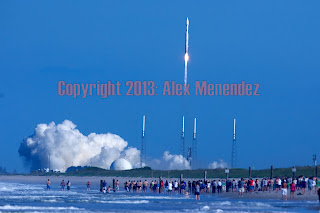 We of course had to stop at the Twistee Treat ice cream stand on the way, (Don Montague, you know what Im talking about)…..with our bellies full we set out towards Playalinda Beach.

The crowds at the park were pretty fierce and we had to drive a bit to park in a secondary parking lot. After loading up, we crossed the boardwalk over the dunes to see 4 foot waves and about 1000 spectators who had the same plans we did.

After setting up a pocket wizard remote to the 70-200, the boys jumped into the Florida surf.  You could barely hear their screams of joy over the hovering helicopters flying overhead, but the smiles on their faces told the whole story.

Twenty minutes later, we were lined up in the waves, firing 4 cameras as the rocket lifted off towards space….

We had to stop on the way out to let a 5 foot long alligator cross right in front of my truck……thats when I heard the words I love to hear…..”This is the best day ever Dad!”

I hope this wont be our last launch…… 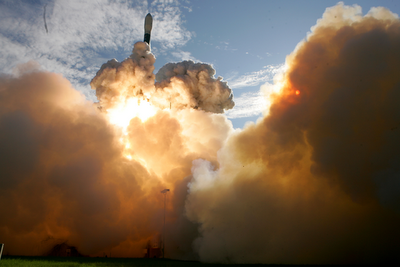 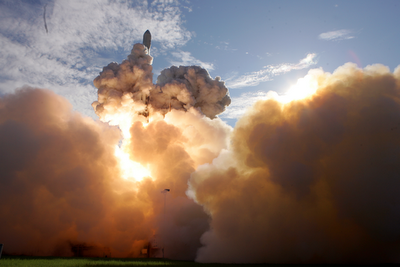 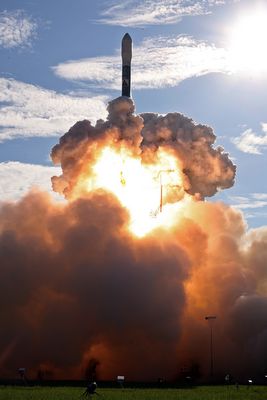 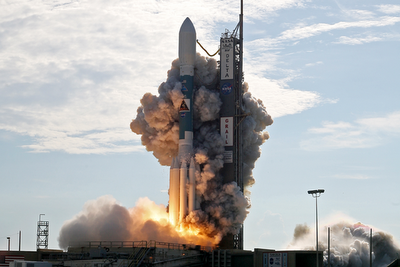 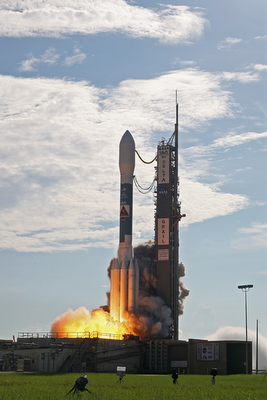 Shot the GRAIL moonshot Atlas launch this past weekend….well, actually I didn’t.

Let me explain. I set my remote camera’s out on Wednesday so that they would capture the launch on Thursday morning at 8:33. We are allowed to set cameras up the day before and have to leave them out until about 3 hours after the actual launch. NASA has to clear the pad and make sure the surrounding area is “Safe” before they let us back out to retrieve our gear.
Well, Thursday night it rained as hard as it has all year, and the gear got totally drenched.
I went out to the Press Site to shoot the launch with my 400 2.8 and a 70-200 on a Bogen Magic Arm… the weather didn’t cooperate though and the launch was scrubbed due to high winds about 3 miles up in the sky. NO GO!!
I was planning on going back out to shoot the launch Thursday morning but that was cancelled on Wednesday evening at 10:40…..and it rained as well.
Luckily I go a bit overboard and cover all of my gear with protective bags and such, due to the rain and dew.
Well, Friday came and a few of us, (those hanging in the media area) were allowed back out to check our remotes and clean our lenses.. Mine was ok but there were some cameras that didn’t fare too well…..the rain had damaged a few lenses and bodies.
Saturday came and the launch was expected to go at around 8:30 but that too was scrubbed due to weather. Though the sky was blue, those danged winds just wouldn’t quit, the second launch window was in jeopardy….
meanwhile, back in Orlando I was preparing to shoot my 400 on a cropped body with a 2x extender from my front porch. All in all it’s about 50 miles from my house and I wasn’t sure if I could even see the rocket through the building clouds.
Now, let me explain, I had made a deal with Alan Walters and Paul Hennessey to pick my gear up if I couldn’t make it to the actual launch on Saturday. I have been travelling a lot lately and needed to spend some time with my family. I decided to miss the launch with a backup plan in place……it seems to have worked.
Though I would have loved to have shot the launch in person, I gambled and took the chance that the remotes would cover me! I don’t recommend this to others who are on assignment, but in this case, I was over the moon!
To see more: log onto www.apimages.com and search Grail Moonshot
Also posted in Air Force, Alex Menendez, Cape Canaveral Air Force station, explore, GRAIL, KSC, Moonshot, NASA, rocket | Comments Off on GRAIL moonshot launch 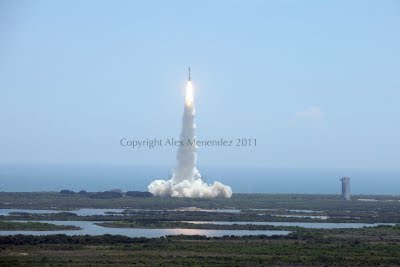 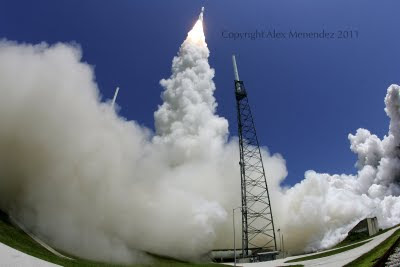 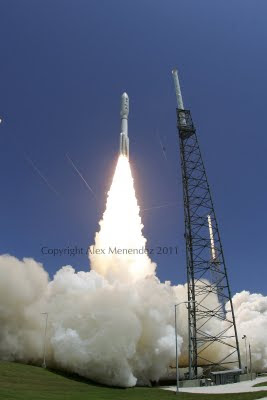 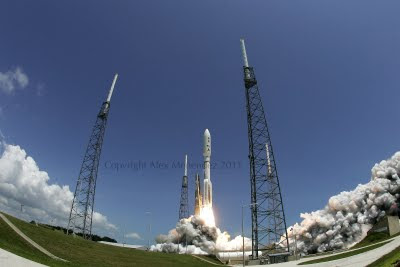 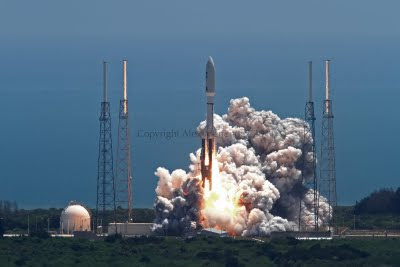 I filmed the Juno/Atlas V rocket launch from the Kennedy Space Center on Friday. It was a “blast”……sorry, I know, really bad pun! You can punch me the next time you see me….

Anyways, I set out 2 remote triggers (thanks Alan Walters for your loaner) with the hopes that at least one would fire this time, and boy did I get lucky…..
The mission itself is an incredible dream, to send a rocket to Jupiter to try and find out some really cool stuff about the planet and other info that is way above my pay grade, all in all it will take 5 years to discover cool things before it suicide bombs itself into the planet….never to be seen or heard from again….
Let me say, the fact that scientists can determine how to get this ship there in the first place is downright incredible, but to get it off of the ground in the first place in mindblowing. This sucker fired off after about 50 minutes in delays but when it did the earth seemed to stand still. The power of this beast can not be shared, you had to see it to believe it….and I did, along with other photographers from the top of the Vehicle Assembly Building at KSC. What a day!
The images you see here are what I shot and I can’t wait to go back and shoot every type of rocket NASA puts up, it truly is inspiring and dramatic at the same time and the imagery is spectacular….When the smoke clears and the shadow of the trailing smoke highlights the sky, you realize just how lucky we are to see such sights. I am very thankful to the volunteers and NASA workers who allow us to snap memories everytime one launches…….
Until next time, enjoy.
Also posted in Alex Menendez, Cape Canaveral, Juno, Jupiter, Kennedy Space Center, Launch, mission, NASA, rocket, VAB | Comments Off on Juno/Atlas V Jupiter trip