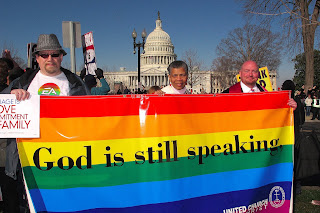 What a week, Spring Break and the kids in Washington, D.C.!  The Smithsonian, Capitol Building, Lincoln Monument, Natural History Museum , Metro trains and taxis……..oh yeah, and a little Supreme Court action thrown in for fun!!

Vacationing in the Nation’s Capitol was quite an adventure I must admit. My 8 year old, Zane was captivated by the Washington monument, so tall and grand, and older bro Blaze was digging all the snow, the Spy Museum and the MTA subway trips……me, well, lets just say I have a small issue with wanting to film everywhere I go. The plan was to leave the big guns at home, as well as the Apple laptop…..I resolved myself to bringing just the Ipad and the Canon G12, point and shoot….

Had I done a little more research, I would have known that the Supreme Court would be settling down this week for a challenge of California’s proposition 8 bill that basically, in short terms, discriminated against gay couples who want to get married and the benefits that come with……

On my second day of the trip, we ran across the demonstrators lining up to sleep overnight on the steps of the Supreme Court building. It was in the low 30’s, the rain was falling, melting the snow on the sidewalk that had accumulated the night prior.   I knew at that point I was in trouble, my trigger finger was twitching uncontrollably,  I caught myself already scouting shooting positions and angles for the next day………”sorry boys”,  was on my mind already. After a few snaps on the Iphone and an upload to Linnea at KGO Radio in San Francisco for a sound clip, we were back on our way.

The next day was gorgeous out, the air was extremely crisp, and the chants and cheers could be heard the minute I stepped up from the bowels of the MTA station…..”GAME ON!!!”….. I only had one quick chance to capture what I could.   The boys were headed to the restroom, just steps away in the Library of Congress…….I bolted for the event and shot for exactly 14 minutes, and only got screamed at 3 times by DC’s finest……

Those damn Westboro idiots yelled at me every time I stuck the lens in their red, childish looking faces, I gave them the dirty look as I mashed the shutter button with all the FLASH I had in that little camera…….

Most couples holding signs were laughing and having a grand old time, and the person dressed in the devil outfit was spinning in circles, dancing and rubbing up on anyone within his grasp…….it was almost as if I had entered a rumbling, synchronized carnival full of laughter…. 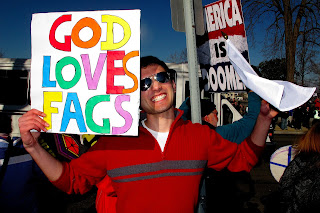 I was gone as quickly as I had arrived, and uploaded a few dozen frames to the Associated Press. Shooting events like this always gets my spirits up and my instincts on edge.  I can’t wait to go back in June when the final verdict is due….I sure hope they win! 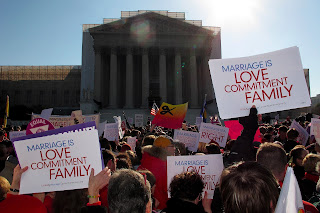 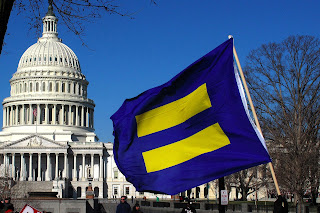 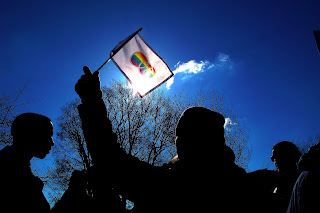 NCAA photos of the Week 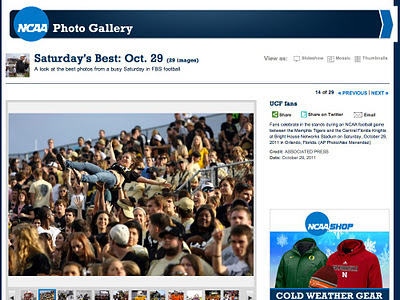 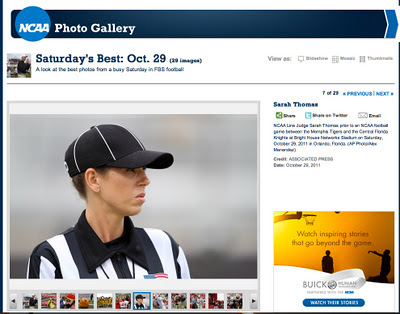 Did a quick google search for some images of mine tonite and discovered that I had two images featured in this weeks NCAA Football Photos of the Week for Oct. 29, 2011.

Nothing to fancy, but different none the less…..Check back for more.
Also posted in Football, image of the week, NCAA, UCF | Comments Off on NCAA photos of the Week 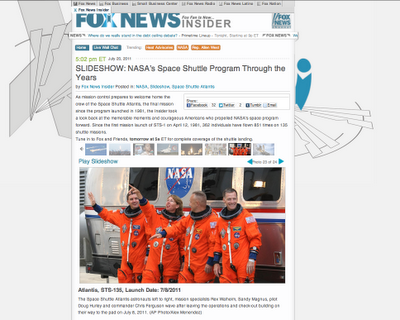 So here I sit in my hotel room, the Mandalay Bay, in Las Vegas waiting to finish the video edit for a client of mine. It has been a hectic 3 days so far and though they are very pleased with what I have captured so far, my mind is mush…..

The space shuttle Atlantis lands in a few hours back in Florida and I don’t leave Vegas until tomorrow afternoon. Safe to say that I won’t make it to the landing pad….and there is no “next time” to get the desired images……guess what….life goes on. There are times when you really want to be there and unfortunately there are times when you just can’t. This is the way the photo industry works, and the sooner you figure that out, the less stressed you will be. Trust Me!
To all of my colleagues who will be there, I wish you nothing but the best. Get the exposure right and make history, you’ve obviously put in the time and deserve to capture beautiful images. Make us proud.
I just came across a cool shot of mine that got picked up today: cool slideshow here-
http://foxnewsinsider.com/2011/07/20/slideshow-nasas-space-shuttle-program/#23
Also posted in Alex Menendez, Florida, Instinct Films, KSC, NASA, space shuttle Atlantis | Comments Off on Shuttle Atlantis landing