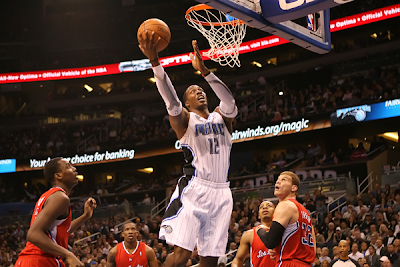 The Orlando Magic had a pretty good night against Blake Griffin and the LA Clippers last night. Dwight was suppose to wear goggles to protect his scratched eyeball but he decided that he couldn’t see through them very well and played on without them.

The new arena is a bit more difficult to shoot in than the old Amway arena. The crowd sits back more from the floor and there are some lighting fixtures that cause massive flares when you are shooting wide. It will take a while to get use to them I suppose.
Anyway, lets hope the Magic can get back on track and make another successful run at the playoffs……off to shoot the UCF Knights Mens basketball team tonite…..putting in my earplugs as I type.
Also posted in Alex Menendez, basketball, Blake Griffin, Dwight Howard, NBA, Orlando Magic, Orlando Sports Mag | Comments Off on Magic dominate Clippers 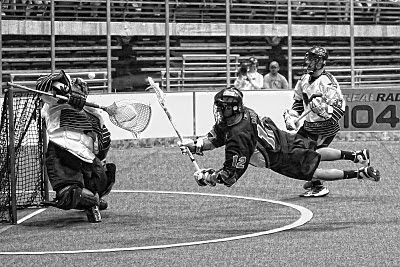